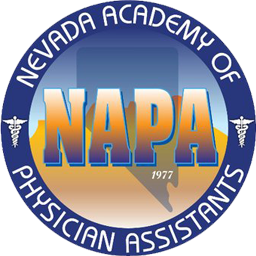 We’re past the halfway point of the 2019 legislative session. We also just hit the first major deadline, that being the April 12th deadline by which bills must pass out of their first committee or they die. Well, they never really die until session ends because there are always efforts to amend provisions from bills that failed to meet the April 12th deadline into bills that are still alive.

The next big deadline is April 23rd, when bills must pass out of their house of origin, meaning Senate bills must pass that house and Assembly bills that house by then. Bills that have been granted waivers or exemptions, along with budget bills, don’t have to comply with those or future deadlines.

The legislative world of health care is broad, complex and affects many different areas, from providers and professional licensing boards to insurance and prescription drugs and all points in between.  Oh yeah, it’s political, too. The 2019 session has provided NAPA its first opportunity to be fully engaged, not just on legislation that directly or indirectly impacts PAs, but on other issues like public and behavioral health and Medicaid that establish NAPA and PAs in the legislative process and with other stakeholders.

As for legislation we’re watching, here’s the rundown on where things stand.  The most important thing is to make sure the most recent version is what’s being reviewed, particularly amendments that have been proposed or already rolled into a bill. It’s very rare for a bill to make it to the Governor’s desk without having been amended in some way.  In fact, it’s not uncommon for bills to be gutted completely and replaced with brand new language. It’s impossible to overstate how important it is to be sure it’s the latest and greatest versions –  and amendments – that are reviewed.

So, here’s where things stand on priority legislation:

Assembly Bill 328: This was the PA omnibus bill, one that would have removed the supervisory agreement PAs must have in order to practice, modernized the licensing process for PAs, and allowed PAs to sign, certify, stamp, etc., in lieu of a physician. It was not heard for a couple of reasons: the signature authority would be in another bill (AB147), and removing the supervisory agreement was viewed as independent practice; legislators and certain other stakeholders weren’t on board with that.  Therefore, AB328 did not meet the April 12th deadline and no further action is allowed.

Assembly Bill 147: This bill has the signature authority provisions in it, although not as expansive as we’d have liked nor the same as what APRNs got last session. The bill passed the Assembly by a unanimous vote and will be heard in the Senate Health and Human Services committee on April 15th at 4 pm.

Senate Bill 271: Although this is a bill about PAs, the original bill was not favorable to PAs. It has been fairly heavily amended and was voted out of the Senate Commerce and Labor committee on a unanimous vote.  However, there were concerns expressed by Democrats, mainly their desire to see in statute a specific number of PAs a physician can supervise.  Another concern for PAs is the opposition of the licensing boards to add a PA to their board in a voting capacity. On the positive side, all of the licensing modernization provisions from AB328 are included in the conceptual amendment, along with other requests made by NAPA. How well those requests are reflected won’t be known until the specific amendment language is provided (the amendment was presented conceptually). Some fine tuning may be required. There are other concerns in the bill outside of PA issues that may or may not get resolved. There’s also speculation SB271 will die and rolled into broader legislation on occupational licensing boards in SB128. The next step for SB271 is a vote by the full Senate, at which time the amendment language will be available. The bottom line is the bill, even with the conceptual amendment, is far from a finished product and there will be future opportunities to provide input.

Here are other bills NAPA has engaged in, in numerical order:

Assembly Bill 123: This bill changes how immunization data is compiled and shared. PAs have been added to this bill as providers who can sign statements for medical exemptions. The bill was amended and passed out of committee and awaits a vote by the full Assembly.

Assembly Bill 129: This bill requires certain first responders to receive 2 hours of training on concerning persons with intellectual disabilities for licensure or certification, but was amended to exempt physicians, PAs and nurses from that requirement. It passed out of committee with the amendment and awaits a vote on the Assembly floor.

Assembly Bill 239: This is clean-up legislation for AB474 from the 2017 session, legislation that sought to address the prescription drug/opioid abuse epidemic. NAPA supported the bill, along with other groups including providers and boards. The bill was amended and passed out of committee and awaits a vote on the Assembly floor.

Assembly Bill 310: This bill would require e-prescribing as the only way to prescribe. While NAPA was initially opposed, we stayed neutral when it was heard as the bill sponsor (the Speaker of the Assembly) agreed to amend it so that written prescriptions are still allowed. The bill was amended and passed out of committee and awaits a vote by the full Assembly.

Assembly Bill 373: This bill would prohibit state and local governments from restricting information that can be shared with patients. NAPA supported the bill but it won’t be voted on so no further action will be allowed.

Senate Bill 115: NAPA was able to add PAs to this bill as a provider of health care that can issue an order for donor breast milk. The bill was amended and passed out of committee but has been re-referred to the Senate Finance committee to address the fiscal note.  It is exempt.

Senate Bill 116: This would add PAs to the new definition of “attending provider of health care” for issues of determining a proxy decision-maker for certain patients who lack the capacity to act on their own behalf. The bill wasn’t heard, no further action is allowed.

Senate Bill 124: This bill would have allowed licensing boards to discipline providers if certain procedures for gender-altering surgery aren’t followed. The bill wasn’t heard, no further action is allowed.

Senate Bill 130: This would require PAs to be licensed to engage in radiation therapy and radiological imaging and certified to operate a mammography machine. The bill was amended and passed out of committee and awaits a vote by the full Senate.

Senate Bill 170: This bill allows PAs to inject botox. It passed the Senate on a unanimous vote and awaits a hearing in the Assembly Commerce and Labor committee.

Senate Bill 171: This bill would require the collection of certain data as a condition of re-licensure for all providers of health care. The bill was amended to incorporate certain provisions from SB234 and passed out of committee and awaits a vote by the full Senate.

Senate Bill 189: This bill would implement a new process for PAs to transfer a patient if the PA has determined the care requested would be ineffective or contrary to standards of care. The was not heard, no further action is allowed.

Senate Bill 247: This bill would require a provider of health care to obtain the consent of all parents or legal guardians of a minor before mental health evaluation or treatment can commence. It was heard but that’s as far as it went, no further action is allowed.

Senate Bill 283: This is a bill about prescription drugs. As it has been amended (conceptually), among other considerations, it would require every prescription to uploaded to the PMP, not just prescriptions for controlled drugs. It was amended and passed out of committee and awaits a vote on by the full Senate.

Senate Bill 315: This bill would encourage PAs to receive CME on rare diseases. It was amended and passed out of committee and awaits a vote on the Senate floor.